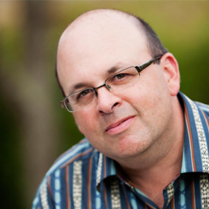 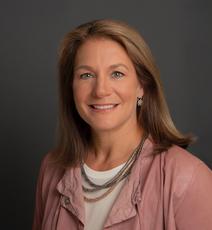 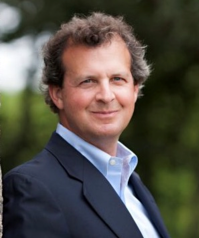 Catherine is a Managing Director of GoldenSeeds LLC.   GoldenSeeds is an early-stage investment firm with a focus on women leaders.  The group, headquartered in NYC, was founded in 2005 and has grown to become one of the largest in the country with nearly 300 members nationwide.  Since 2004, over 3000 companies have applied to GS for funding.  In total, GS has invested $86 million in 80 companies.  Her direct investments through GoldenSeeds include Rent The Runway, Consortia Health, DEV/CON Detect, MeetElise and Crimson Hexagon.

Drawing upon her background as a retail analyst, she remains current on the apparel industry with an emphasis on the athleisure sector in particular.  She has made investments in this sector include Brrr!, a fashion technology company.

She began her career in retail research at Kidder Peabody and then moved to investor relations with The Abernathy MacGregor Group.  She also worked at Institutional Investor magazine.

Catherine has a B.A. in History and Political Science from Barnard College and a Masters from the School of International Affairs at Columbia University.  She shares dual nationality with USA and Switzerland and speaks fluent French.

Drew Marcus is Managing Partner of Sugarloaf Rock Capital, LLC which invests in companies in the Media, Technology, Telecommunications and Consumer sectors.  Drew has focused on media and technology during his entire career which has included roles as an analyst, banker, portfolio manager and venture capitalist.  He also currently serves as a Senior Advisor to Guggenheim Securities and a Venture Advisor at Marcy Venture Partners and Walden Venture Capital.

Drew was Founder, CEO and Portfolio Manager of SLRC Media Opportunities Fund from 2009-2016.  The Fund focused on long term investing in public equity and debt securities in the Technology, Media and Telecommunications sectors.

Drew was Vice Chairman of Global Banking at Deutsche Bank, focusing on media and telecommunications, from 2005-2008.  He was previously Managing Director, Global Head of Media Research and Senior Media Analyst.  Drew joined Alex. Brown Inc. in 1992 as a founder of its Media Group, which was subsequently acquired by Deutsche Bank.  Prior to that, he was in the Media and Technology Research Group at Kidder Peabody.  Drew has been involved in over $100 billion of banking transactions.

During his 23 years as an analyst, Drew covered the radio and TV broadcasting, outdoor, entertainment and publishing sectors. He has ranked as the number one Broadcasting Analyst in surveys conducted by Institutional Investor and The Wall Street Journal.  In addition, he is an eight-time Institutional Investor “All American” and a six-time Wall Street Journal "Master Stock Picker.”

Launched in 2019 and Co-founded by JAY-Z, Jay Brown and Larry Marcus, MVP seeks to identify, access, and nurture top-tier entrepreneurs and companies. The Co-Founders have a passion for building game-changing businesses and mass market brands across across consumer products and services, digital media and technology.  Walden targets Sprout Stage Investments and Larry’s focus is digital media and consumer services.

Larry is passionate about joyful products, breakthrough technologies and people that know how to manifest a clear vision.  Larry was a founding investor in Pandora (NYSE: P) when Walden led the rebirth round to focus the company on launching a consumer-facing service and was a Director through its IPO.  Larry is a Director at SoundHound, (sound and voice search), Aarki (mobile app marketing), Scientific Revenue (in-app pricing optimization), goTenna (off-grid communications), TouchBistro (restaurant point of sale), TodayTix (discount theater tickets), and MeUndies (eCommerce).  He also led Walden's investment in Terayon (acquired by Motorola).  As an Angel investor, Larry has backed companies including Netflix (IPO), BandPage (acquired by Google), Jukely, LyricFind, Wingz, , Maestro, Brrr!, LightWave and Camio.  See his AngelList profile.

Prior to Walden, Larry was a digital media sell-side Equity Research Analyst at Deutsche Bank Alex. Brown where he lead the top performing IPOs of 1998 and 1999 (Terayon and CBS MarketWatch), as well as the IPOs of Maxis, Edmark, and Netflix (initial S-1 IPO filing) among other equity and debt financings (Broderbund, Sierra On-line, Excite@Home, Spectrum Holobyte, CBS Sportsline). Prior experience includes Robertson Stephens & Company, Market research at Digidesign and General Management in computer services retail.

Education: Larry received a Bachelor of Arts and a Master of Business Administration from the University of California at Berkeley.

Larry enjoys collecting vintage dead hardware, golfing and playing music.  Larry is an active recording and gigging drummer.  Hear his playing on music by: Maxine Marcus, Corinne Marcus, Megan Keely or the Flying Other Brothers. See the music he loves at www.pandora.com/people/larry.  He was named to the Billboard Power 100 in music and the Twitter 140 to follow.